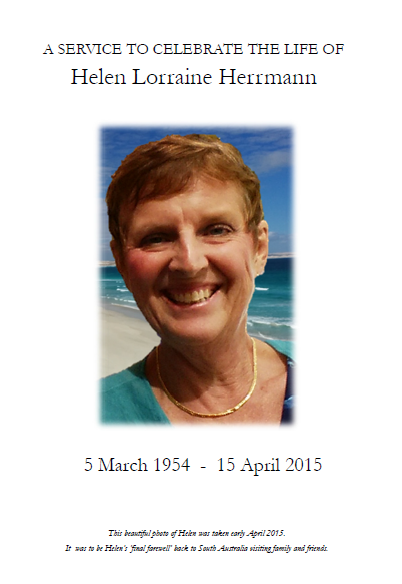 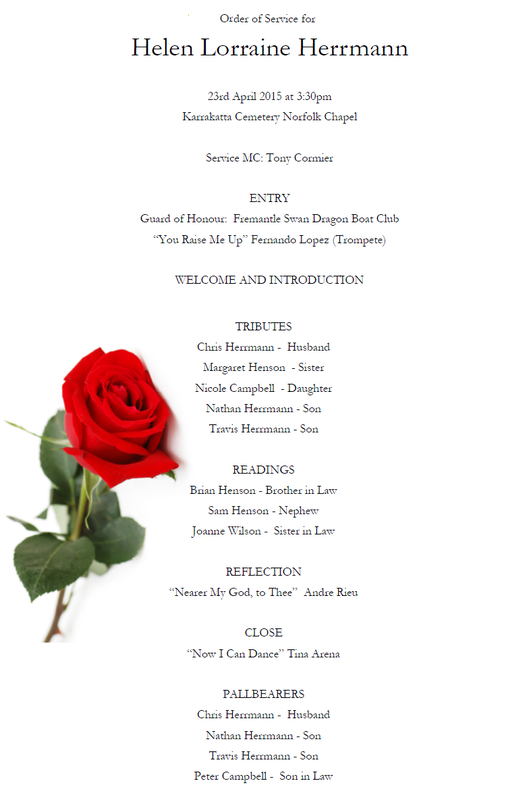 These photos include the service at Karrakatta Cemetery followed by the memorial service at the Swan Yacht Club with a special ceremony on the water by the Fremantle Swans Dragon Boat Club.

As a final tribute, the Fremantle Swans Dragon Boat Club Club Person Of The Year Award, has been named in honour of Helen.

The next day was a get together in South Perth for mainly interstate friends and relatives. It was incorporated into the family's annual fun sailing "event", renamed to "The Helen Herrmann Memorial Esplanade Cup".

These photos were taken just over a week later in Adelaide where the SA Dragons Abreast Dragon Boat Club held a special memorial ceremony on the water at West Lakes.

Helen's ashes were laid to rest on Sunday 27th December 2015 in a private family ceremony, where her ashes were scattered on the Swan River in South Perth, WA.

It was a fitting location. The site represents the many wonderful memories of this last chapter of her life. She enjoyed the lifestyle with friends and family along with the very picturesque views from the balcony looking out across the river.

But more importantly it was the final four years of her life where she was able to enjoy being near her immediate family, who by coincidence or good fortune, were all in the same city during this time. To be present when her first six grandchildren were born was an added gift. (Helen's sister and family also scattered some of her ashes on the water's edge earlier in the year, Monday 19th October 2015).

A memorial plaque was placed in line with her ashes on 23rd April 2020. 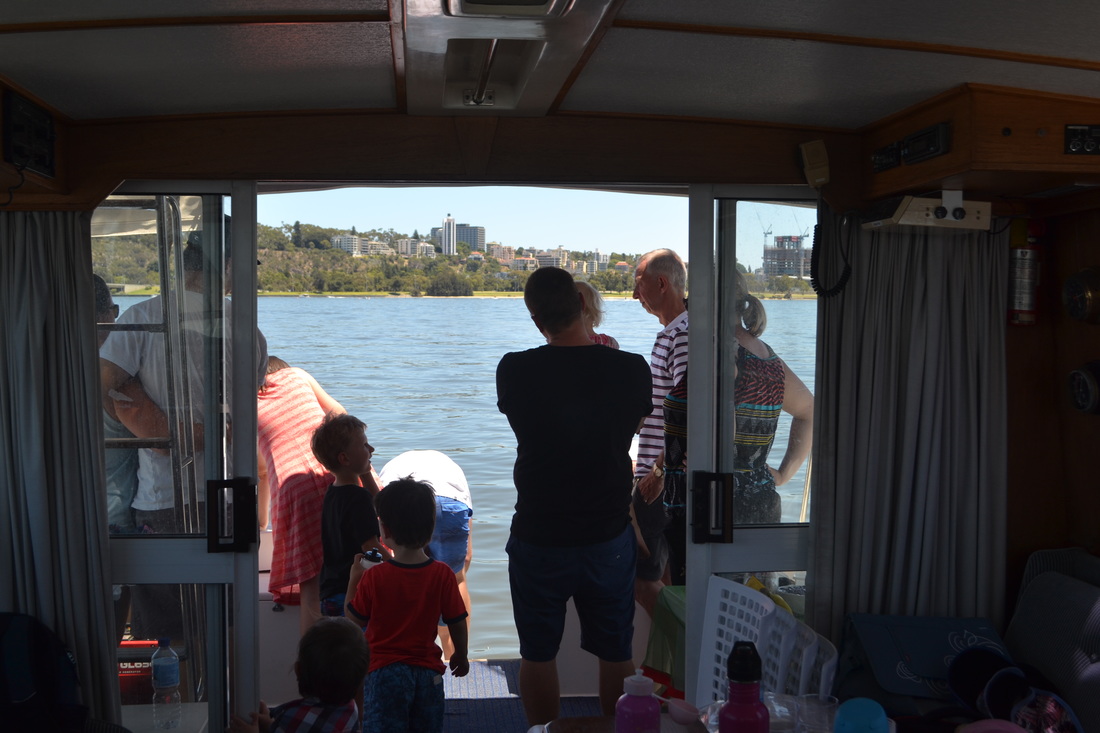 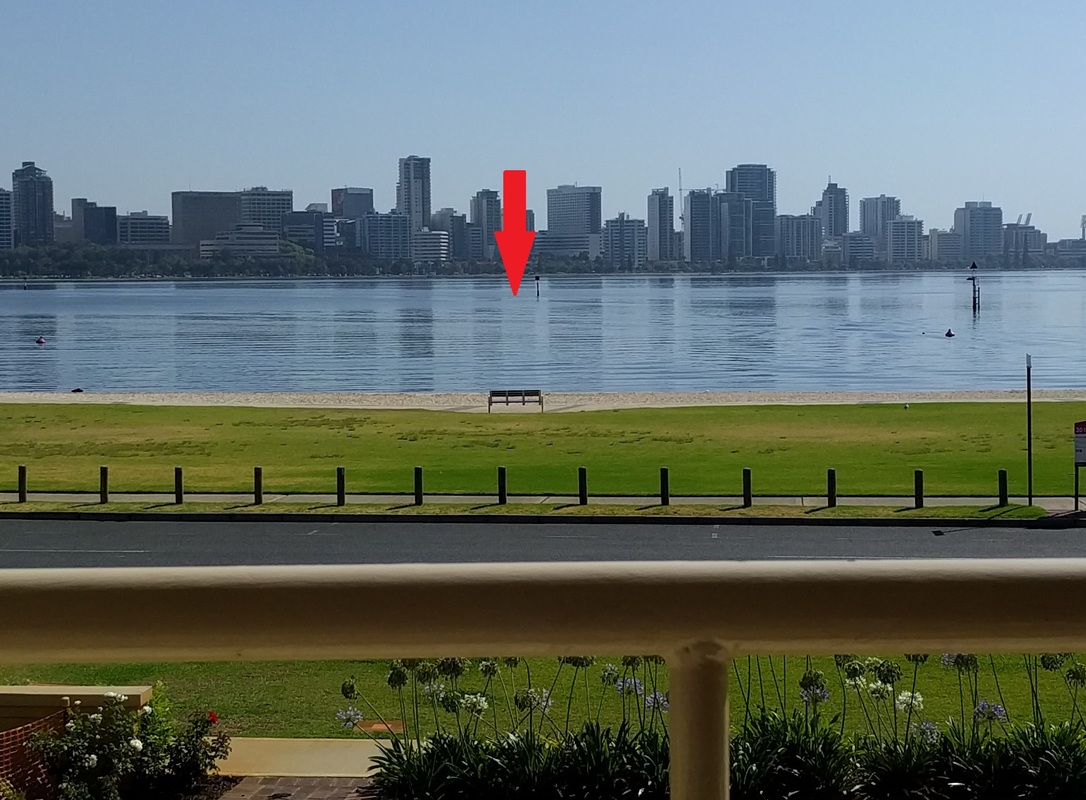 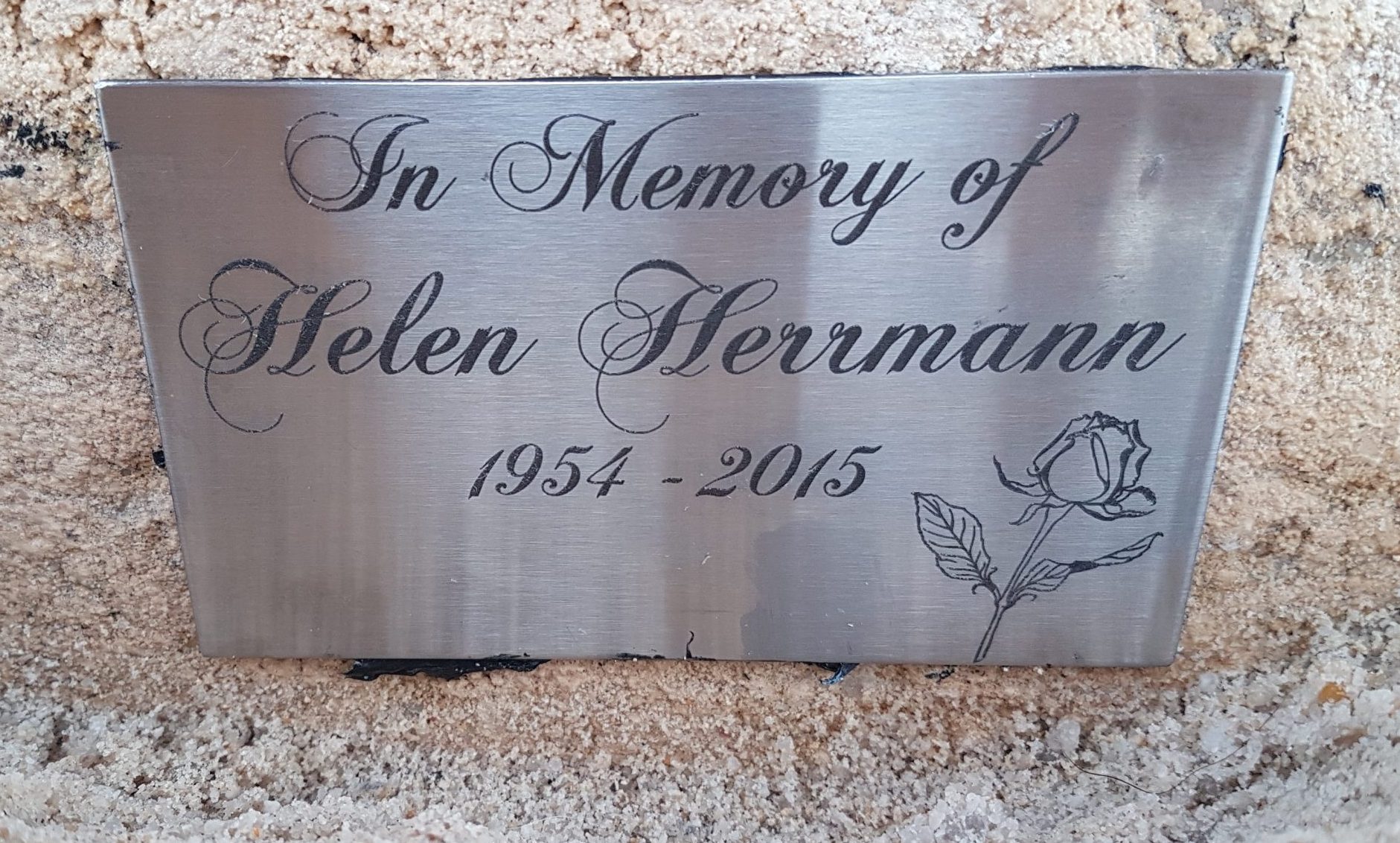